The Accelerated Mobile Pages (AMP) caches from Google, Bing, and Cloudflare offer another option. They don’t simply cache the material; there is a significant amount of pre-optimization that takes place as well. This includes inserting the material directly into the HTML source code, producing a srcset containing only optimized pictures, and pre-rendering certain AMP components.

When compared to the desktop version, the performance of the site is much improved. In its most basic form, Accelerated Mobile Pages (AMP) is a page that has been streamlined to include fewer widgets, updated JavaScript, and revised HTML. By doing it in this manner, you will immediately see a significant boost in your speed.

It is an option that may prove to be extremely beneficial for websites that are hosted by a poor provider. (It’s not that I endorse utilizing sketchy hosts; it’s just that there are occasions when there is no other choice). When you integrate AMP, you are going to make use of all the best practices there are to make your sites as lightweight and as speedy as they possibly can be. It is self-evident that this will make things simpler for the servers.

Users of mobile devices are in for a real treat. It is quick, it can be scanned, and it does not include an excessive amount of unnecessary information. According to me, AMP is what the internet would be like if everything went according to plan.

It only seems sensible that AMP sites would get a ranking boost in Google’s mobile search results. Note, however, that this only applies to searches performed on mobile devices and not on desktops.

Even though Google has said that Accelerated Mobile Pages (AMP) is not a ranking criterion, Google AMP may still have an effect on SEO by increasing clicks, enhancing user experience, and so on.

Tracking the activities of users on AMP sites continues to be difficult. A component for amp-analytics was really published by Google, and it’s not bad at all. Because they are necessary for survival. However, if you are looking for something that is more granular and sophisticated, the component has not yet been perfected.

E-commerce websites do not truly benefit from their adjustability. All AMP best practices are well suited for websites that are published by publishers (like news carousel and stuff). However, other than eBay, I can’t really think of any other instances of online stores that have been successful by employing AMP (which was among the first websites to implement it).

Google has said that they do not employ Accelerated Mobile Pages (AMP) as a ranking criterion at this time. Yes, it has the potential to be a very significant factor in the long run. However, for the time being, having a mobile-friendly website that is also correctly set up should be sufficient to be ranked.

Given that the great majority of online sites are really just documented, there is often little need for the expressive capabilities that Javascript provides. The use of JavaScript in these papers was for the purpose of implementing relatively simple elements like advertisements and slide displays.

AMP addresses these kinds of use cases by providing standard components that, when included in a document, free it from the need to make use of Javascript to provide the desired functionalities.

It’s possible that some web developers may be disappointed that the independence that Javascript provided will no longer be available to them, but this change is likely unavoidable.

The excessive usage of Javascript has resulted in online sites that were impractically sluggish and laden with advertisements that were unduly invasive, which ruined the experience of reading them. Already, there were signs of a backlash against mobile web use, such as articles housed on Facebook and ad blocking in iOS9.

It will be fascinating to watch how the sustainability of the web as an application platform is affected if Accelerated Mobile Pages (AMP) is effective in achieving its goals. 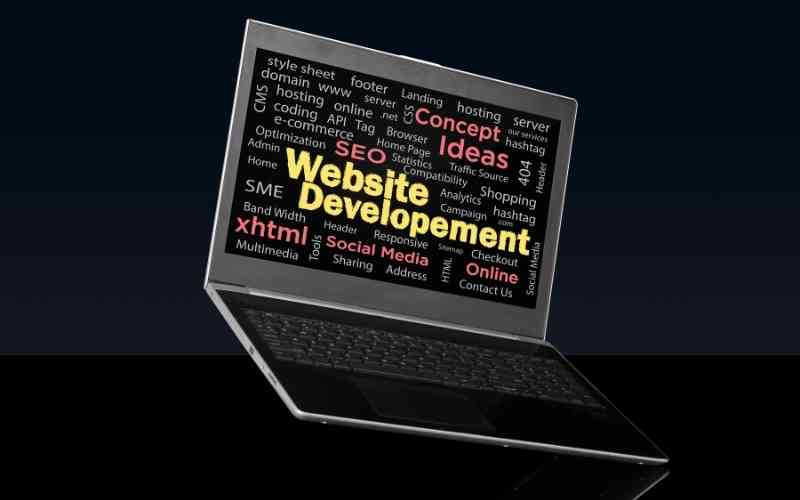 When it comes to web development, I believe it is more up to technological innovation than ever in this world of ever-increasing online users, especially with all the new developers who want to be developers flocking to the field to learn and inject their own secret sauce into projects in order to improve the quality of the projects, tools, and frameworks as a whole.

While I am a relative novice in the subject, seems to be at the forefront of innovation, particularly when considering how rapidly technologies are updated and renovated. Web development technologies are supported by large teams of people who are constantly updating and curating the code.

If you’re asking this question because you’re concerned about your job security, you shouldn’t worry. While I have yet to get a job as a developer, this is mostly due to the fact that I have never sought for or searched for significant freelancing work since I believe this to be a pastime until the code adheres to me like peanut butter.

Although I regularly inform people about my schooling, it is amusing that professional company owners continually express an interest in acquiring my services. If you have a strong background in web development, there is no shortage of work opportunities available to you.

One of the reasons is that having a website has never been simpler or more affordable than it is now. Consider the following: if you want to develop a content website, it is rather simple to do so using WordPress as a platform. Even being technically literate, much alone being a developer, is not required.

The same can be said for an eCommerce shop; there are several off-the-shelf options available that enable consumers to launch their own online company while putting in little or no effort at all.

Taking a professional viewpoint, this kind of anecdotal evidence implies that being successful in the field of web development is getting more challenging. Despite all of the hype around ‘learning to code’ and the digital economy, it’s possible that making websites isn’t the ideal field to enter.

Those who claim that web development is on its way out may possibly be referring to the fact that there isn’t as much money in it anymore. If freelancers are finding it difficult to charge the prices that they used to, it’s likely that there is someone out there who is willing to do it at a far lower price.

The reason for this isn’t because there’s a new generation of web developers who are able to make a living off of a pittance of compensation. It’s really becoming a lot less difficult. Aside from using platforms such as WordPress and Shopify, the work of creating websites from the ground up (or, at least, from the ground up) is today simpler than it has ever been.

Is the use of templates putting a stop to online development?

Templates simplify the development and design process for web developers and designers. If you had the ability to do much more than drag and drop templates, why would you want to?

If the ultimate product is pleasing to the eye and performs well, why waste effort on anything else? The more you do for yourself, the more probable it is that you will break anything. And the more you break things, the more you’ll have to repair them in the future.

Of course, templates are making it easier for anyone to get into the world of online development and design. And although we shouldn’t be too concerned about new web developers joining the field, it’s reasonable that many seasoned web developers are concerned about what the future may hold for their profession.

According to this viewpoint, templates are not destroying web development, but they are altering the image of the profession in general. For the avoidance of being too dramatic, this represents both a problem and an opportunity for everyone involved in web development. Whatever your level of expertise or inexperience in the sector, these developments imply that individuals will have to adjust their ways.

Web development is not disappearing; rather, it is becoming fragmented

The way web developers will have to adjust is by deciding which route they wish to pursue in their professional lives. Web development as we have known it is, possibly, on its way out of the door for good. Instead, it is fragmenting into specialized areas, such as the design on the one hand and full-stack development on the other side.

This implies that your skillset must be distinctive. In a world where creating websites requires little in the way of technical knowledge or talent, specialized knowledge is essential.

We have reached a point where the web developer no longer possesses the necessary skill set to create an interesting differentiator, particularly if the primary value proposition revolves around artificial intelligence, computer vision, machine learning, augmented reality, virtual reality, blockchain, and so on.

Building websites is no longer a surprising skill as we’ve seen, individuals who are capable of doing it are everywhere. A native application, on the other hand, is more difficult to develop.

Building a smartphone application that utilizes computer vision to compare you to Renaissance artworks is considerably more difficult to do. These are the kind of things that will be valued in the future and these are the types of things that web developers will need to learn how to accomplish in order to be successful.

However, I don’t believe this is entirely correct. Yes, it may be fragmenting, but the breadth of, for example, full-stack development is enormous compared to other approaches.

It’s not difficult to see how the ‘web’ portion of web development may be on its way out from under this lens of understanding. We must, to some degree, go into the details of how we use the technology that surround the web as the web becomes more prevalent and less of a rarefied’space’ in people’s lives as time goes on.