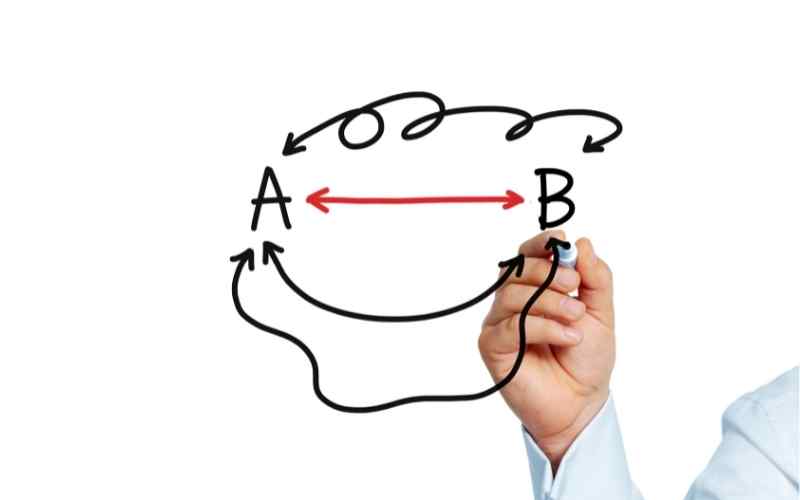 A/B testing and its impact on SEO?

A/B testing, also known as split testing, is a process that compares two versions of a web page or app against one another to see which one works better. This testing approach is also known as “A/B testing.”

How to Conduct A/B Testing

More often than not, A/B testing is applied in UX rather than content. The initial effect of SEO will be difficult to assess. When you try out the user experience, however, you run the risk of hurting your SEO efforts due to the generation of duplicate material. To circumvent this, you should make use of canonicals. The simple truth is that A/B testing has NO bearing whatsoever on search engine optimization.

The reason for this is that search bots do not run JavaScript, which is the way that the vast majority of A/B testing software employs. In addition, Google does A/B testing on its own and offers a tool specifically designed for doing such testing; thus, it is reasonable to believe that the company is well aware that other businesses also conduct such testing.

Therefore, it is quite unlikely that Google or any other search engine would punish you for doing A/B testing. You could wish to exclude search bots from your testing as a precaution, but in all honesty, doing so is not really essential since the vast majority of search bots will only view the original version of your website and not the variant.

Taking into account the conditions that you specified, the findings of the test would be unremarkable. Changing one term for another will not provide any data regarding how well your optimization is working. There is a wide range of competitiveness and search traffic associated with each individual word.

Therefore, even if you have a lower ranking for a term that has a much greater volume, you may still get more overall traffic. Because the gap between volume and competitiveness in your particular example is so wide, doing an A/B test is a waste of time that prevents you from focusing on the productive activities that may help you get a higher ranking for your desired phrase.

Testing using the A/B method demonstrates whether or not certain modifications are successful, which paves the way for choices to be guided by data and guarantees positive results.

An elevated level of participation from end users

A/B testing may be performed on a variety of parts of a web page, app, advertisement, or email, including the title or subject line, images, call-to-action (CTA) forms and wording, layout, typefaces, and colors, among other things. One update at a time will disclose which changes had an influence on the behavior of the users and which ones did not. The user experience as a whole may be improved by implementing the “winning” modifications, which will also make it possible to optimize the experience so that it is successful.

For instance, while testing several versions of an advertisement’s wording, you’ll need a list of possible enhancements to display to consumers. The process of creating, reviewing, and evaluating these lists helps reduce inefficient language, which ultimately results in versions that are easier to use.

A decrease in the bounce rate

An increased rate of conversion

A/B testing is the easiest and most effective method for determining which content has the most potential to convert site traffic into sign-ups and sales respectively. The conversion of more leads is helped by having a better understanding of what works and what doesn’t work.

An increase in the percentage of sales made

The insights gained from doing A/B testing on a single experience may be used to other experiences, such as the pages used to market more expensive products and services. The level of user interaction on these sites must be enhanced in order to see an increase in conversions.

The ease of analytical interpretation

In an A/B test, choosing a victor and a loser is as easy as determining which website or app’s metrics are the most closely aligned with the test’s primary goals (time spent, conversions, etc.,). Despite the fact that testing services have evolved to provide statistical analysis for customers with differing degrees of knowledge in spreadsheets, the calculations involved in comparing two different experiences are rather straightforward.

In an A/B test, even a small sample size may provide relevant and actionable information regarding which changes consumers find more engaging. This is because the test compares two versions of the same thing. It is now possible to do on-demand optimization of newly launched websites and applications as well as pages with a poor conversion rate.

Anything and everything can be put to the test.

Forms, images, and text are the components of a website or app that are most often subjected to A/B testing and updates; however, any component of the page or app may be modified and put to the test. If you don’t test the formatting of your headlines, the colors of your call-to-action buttons, the length of your forms, and any number of other aspects.

You’ll never know how these elements affect user engagement and conversion rates. During a conference call, there is no need to dismiss any ideas or suggestions; tests and measures, not feelings, are what define what succeeds and what fails.

There is a reduction in the risks involved

Testing using A/B may assist you to avoid making tweaks that end up being time-consuming and expensive even if they were initially successful. Important choices may be made with enough information, which allows for the avoidance of mistakes that are both time and money intensive and that would otherwise result in little or no reward.

A reduction in the number of shopping carts that are abandoned

Convincing a user to finish the checkout process after clicking “buy” on an item is a significant challenge in e-commerce since the majority of prospective customers abandon their shopping carts before paying for their purchases. A/B testing is a useful tool for discovering the optimal combination of order page tweaks that will bring users all the way to the end of the process.

A boost in sales