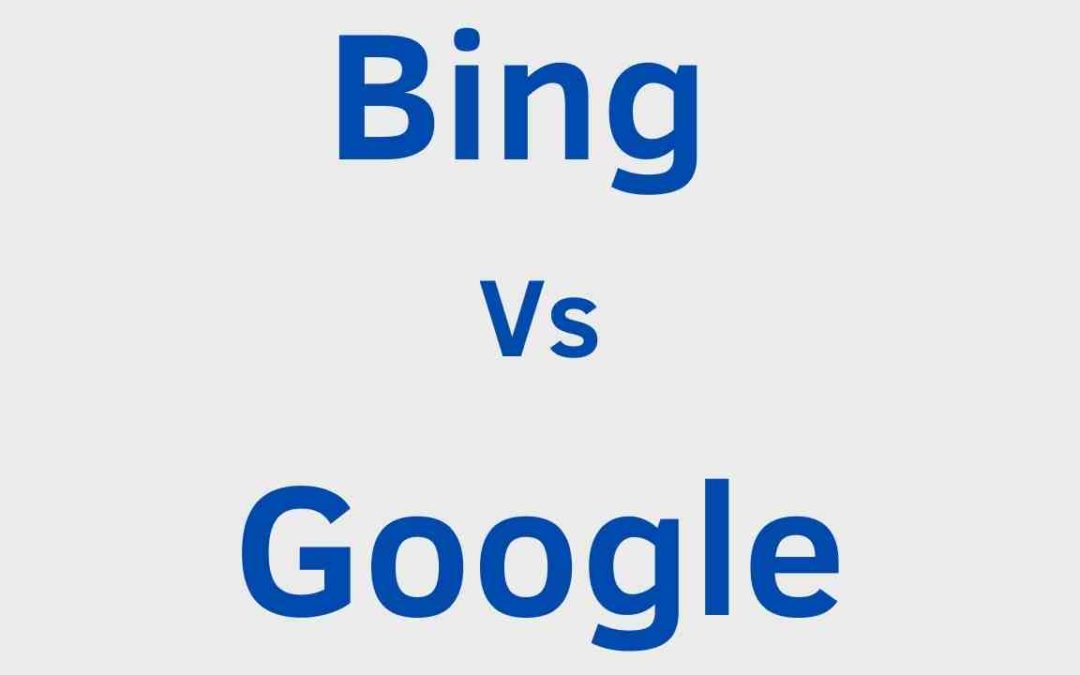 Search engines are the pivot around which the whole notion of the internet revolves. Even while Google is utterly dominating in terms of both market share and popularity among users, other search engines have their own perks and niches in which they are particularly important. This is the case even though Google is the most popular search engine overall.

For this reason, we have compiled a comprehensive guide outlining the parallels and divergences that exist between the leading two competitors. The statistics that follow will compare and contrast the use of Bing and Google and give consumers and advertisers insights as a result.

To get things rolling, we’ll compare and contrast the two in terms of the areas that are different, as well as how those variations impact the user experience as a whole. Everything from the company’s intended audience and its content to the technological features, importance in ranking, and revenue development over the years all play a role.

An algorithm is used by Bingbot to choose which websites to crawl, how frequently to crawl each website, and how many pages from each website to retrieve. The objective is to reduce the footprint that the Bingbot crawler leaves on your websites while ensuring that the most recent material is accessible.

Expertise, authority, and trust are the three things that are of utmost importance to Google. Google Searches are driven by machine-based algorithms that, while creating results, take into consideration a user’s past search history as well as their location.

Using Google instead of Microsoft Bing will be considerably more convenient for someone looking for a certain item since Google has a better idea of who they are before they put anything into the browser.

Google has always been a link-oriented search engine, and it is still the case that the quality of a link’s content is more important than its number. On Microsoft Bing, links do not have the same weight as they do elsewhere.

On-page SEO has always been a primary concern for the Microsoft Bing search engine. It gives a greater amount of weight to material that has been properly optimized or that contains essential on-page features such as titles, descriptions, URLs, and content.

In contrast to Google, Microsoft Bing makes it clear in its webmaster guidelines that it takes social signals into account when developing its search results. If you want to have a high ranking in Microsoft Bing, this indicates that you should also put your attention on Twitter and Facebook, including the creation of high-quality material on your website and other social networks.

Both Google and Bing place a significant emphasis on the content of websites. Maintain a constant emphasis on producing high-quality material that fulfills the informational needs of the consumer. Users will naturally appreciate your content and connect to it if you provide stuff that is valuable and relevant to them.

Each day, millions of people turn to Google and Microsoft Bing for the information they need, and both companies provide it. Both of these things put you in front of millions of eligible consumers who are seeking information, goods, and services, and both of them give possibilities for your brand to connect with new people.

Over the course of the last year, Microsoft Bing has made significant strides toward being more competitive with Google, particularly in regard to the one-of-a-kind services it offers.

When determining the order of the organic search results, Google takes into account more than 200 distinct parameters. Even if you rank in the top 10, it may be rather difficult to maintain your position on the first page of Google’s search results since the engineers often make changes to the algorithms.

When you enter the same search query on Bing and Google, you will get different results because of the different ways those search engines are used.

Users of Google are aware that the search results they get are customized, which can only imply one thing: the firm keeps and makes use of the data gathered from the users’ user accounts, as well as the queries and interests they enter. Some people even like the fact that they may cut off a few stages in the discovery process thanks to the information stored in their browser histories.

Bing is less invasive than other search engines and only collects limited user information in order to offer organic results. This information is mostly connected to geotagging and the language is spoken when users are exploring the web. Microsoft claims that its engine is geared toward assisting users in making informed choices rather than directing them in a certain direction.

Our conclusion, then, regarding the privacy dispute between Bing and Google is that the strategy used by Bing is unquestionably more focused on safety. The two approaches to the presentation of SERP data are fundamentally different in this regard.

Another category in which it is acceptable to state that Bing has the dominating position is this one. A more advanced search by picture is not only attractive to the eye but also has the potential to be of great assistance. You may quickly input a phrase into an image search and obtain results that are related to your query even if you are unsure of the term to look for.

Videos may be searched using a variety of more sophisticated criteria, including resolution, duration, and publishing date, amongst others. In point of fact, its filters are comparable to those found on YouTube. Because Google owns YouTube, it’s unlikely that the search giant cares all that much. It is important to note the following, which will be of interest to online marketers.

Paying for advertising space on either search engine will, for all intents and purposes, have the same effect, which is to place a website on the first page of search results. Businesses have access to a plethora of filters that allow them to exactly target the population they want to reach, including geography, age, gender, and so on.

Unfortuitously, this results in a complicated, love-hate relationship between the majority of users and the browsers they use. A study conducted by the market research firm Clutch investigated which search engine users are most likely to click on a sponsored ad. This was done for the purpose of making a comparison of the user behaviors and attitudes towards the two most popular ones.

As is the case in a multitude of other areas, Google Maps enjoys more popularity and receives better ratings. But where does Google’s competition fall short when it comes to the many aspects of the internet mapping industry?

Their performance is evaluated based on the availability of additional widgets in the categories of directions, street view, display, local shops, and transit options. The first thing to bring up is the most significant disadvantage of the Microsoft engine, which is that they do not provide the app.

To say that optimization for mobile devices is important would be an understatement given that mobile traffic accounts for more than half of all internet traffic.

When we compare Bing and Google in terms of available transport alternatives, Google comes out on top since it includes bike routes. The directions are quite comparable, but the info that Google provides concerning traffic is of higher quality. Another market space that is dominated by Google is local search; this is due to the fact that the results provided by Bing are often out of the current.

The manner in which these results are presented is another factor that sets Google apart. Users have an easier time navigating the site and locating the information they want as a result of the colorful depiction of the many categories. Another feature that Bing has forgotten to update is the street view, which is why it should come as no surprise that Google Maps is in the lead in every country that has been recorded.

The fact that these search engines provide support for several languages is another factor that contributes significantly to their overall appeal. As an example, let’s compare the translation functionality of Bing and Google. Those services are quite important to people, particularly while they are traveling.

Even though their methods for processing languages are distinct, Google comes out ahead in the race when it comes to numbers since it supports 108 different languages. The number for Bing is 88, and while there are certain benefits over Google translate, there are also some disadvantages. Users like it for uses like language instruction and communication, particularly because of its convenient Phrasebook.

The ability to download language packs for use offline is one of the features offered by both translators. It would seem that Bing prioritized quality over quantity in this regard, in contrast to Google. Because each one offers a unique set of benefits, the answer to the question of which one is superior is greatly dependent on the requirements that the user has at the given time.